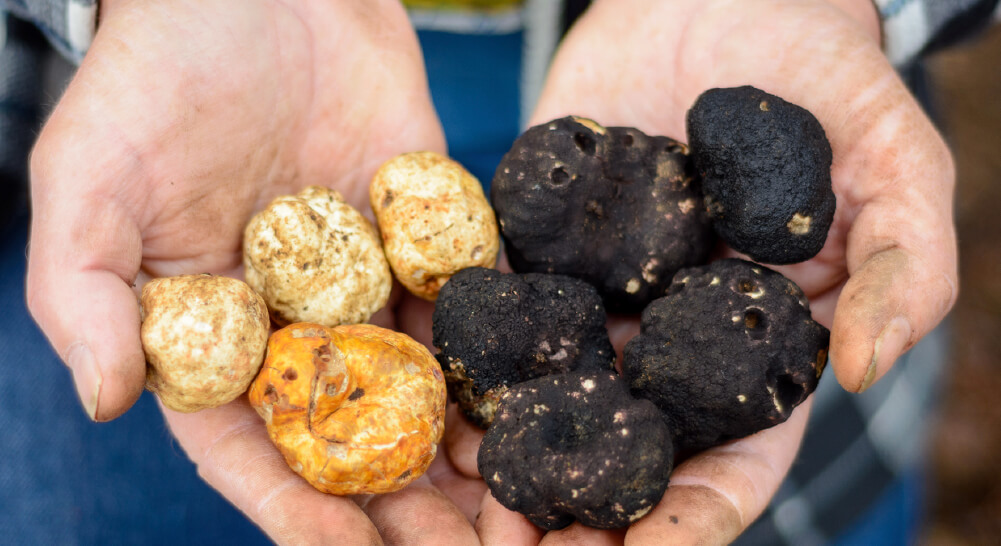 Mist was still rising from the ground when John Getz and his dog, Chloe, set off into the woods. Covered shoulder to ankle in waterproof camouflage, Getz could be hunting elk or deer, his yellow Labrador retriever loping ahead. But he was looking for something different and much more valuable—Oregon truffles.

Chloe took the lead on this hunting trip. She’s trained to sniff out mature truffles growing on the shallow roots of Douglas fir and other trees. As soon as she picked up one scent, she began digging frantically, throwing aside soil and pine needles with her front paws.

“Easy, easy,” Getz said, stepping in. Less than a minute later, he pulled a golf ball-sized truffle out of the ground. He checked the lump and was satisfied that it was mature but not yet ripe. He rewarded Chloe for her good work.

The truffle-tracking duo spent the next four hours repeating this routine. Before they left, Getz estimated they’d found between 5 and 6 pounds of truffles—one truffle so big it covered the palm of his hand.