The 2019 James Beard Award nominees were just announced this week, and we are proud to say that two of the nominees on this short list of fantastic chefs were special guests at the 2019 Oregon Truffle Festival!

Each year, the James Beard Awards honor the best chefs, restaurants, beverage programs, and culinary leadership in America.These chefs demonstrate not only high culinary standards, but also integrity and admirable leadership skills. The awards for Best Chef are presented regionally, and this year, two of the Northwest nominees are Oregon Truffle Festival alums. Seattle chef Rachel Yang, who was also nominated in 2018, and Justin Woodward of Castagna in Portland, both were in Chicago for the Beard Awards this week.

Rachel Yang and Justin Woodward both joined the Oregon Truffle Festival in February 2019 for the James Beard Legacy Dinner. 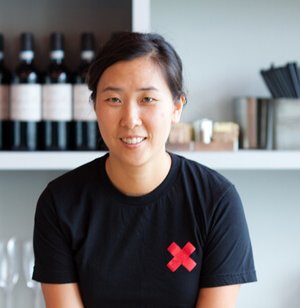 Chef Rachel Yang, who also cooked for Oregon Truffle Festival in 2016, and her husband, Seif Chirchi, fell in love while working in the kitchen of notable French chef Alain Ducasse, the first chef to own restaurants carrying three Michelin stars in three cities and also one of only two chefs to hold 21 Michelin stars throughout their career. Along with Chirchi, Yang owns three Seattle restaurants, all featuring modern and playful takes on Korean food: Joule, a contemporary Korean steakhouse that was named one of 2013’s Best New Restaurants in America by Bon Appetit Magazine; Revel; and Trove, one of GQ’s 25 best new restaurants of 2015. Their fourth restaurant, Revelry, is in Portland.

Yang told the website Eats Abroad that her favorite dish at Joule is an appetizer called smoked tofu with honshimeji mushroom confit and truffle vinaigrette. She says, “It’s one of those dishes that people who don’t normally like tofu or are very put off by having a cold tofu appetizer are always just blown away by the flavor profile.” 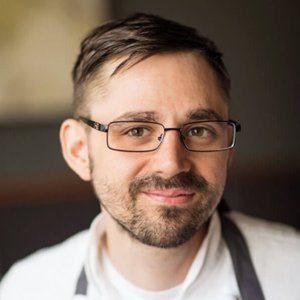 Justin Woodward was nominated for the James Beard Foundation’s Rising Star Chef award in 2013 and Best Chef in the Northwest region for each of the past five years. After working at New York’s WD-50, Noma in Denmark, and Mugaritz in San Sebastian, Spain, Woodward has a true appreciation for seasonal and local ingredients and making the most out of them. For example, in February, Woodward used local hazelnut chocolate and white Oregon truffle cream to create a buckwheat feuilletine, or crispy sweetened crepe.

Woodward told writer Katie Chang, who attended the 2019 James Beard Legacy Award Dinner and wrote about the festival for Forbes, “We always strive to use as much local product as possible. Truffles are seen as a sign of luxury, and it’s fun to have them being harvested so close to our restaurants.”

These two Northwest chefs who live and work in this region know their ingredients, and the Oregon truffle makes its way onto their menus whenever it’s available. Northwest chefs have long known what a prize Oregon truffles are. In 2017, when Oregon hazelnut farmer Pat Long sold his first crop of cultivated French black truffles, Oregon became the first and only place in the world to sell both Oregon and European truffles. With both species growing in the region, our Northwest chefs have unique access to these delicious ingredients.