Serendipitously, Fran Angerer, 68, and his son, Nathan, 36, became intrigued by the idea at about the same time a few years ago. Fran saw an article in a local paper about William Griner, who had planted truffle trees in Mendocino County, at the same time that Nathan was intrigued by an article on the subject in GQ magazine. After much exploration and study, in 2011 they planted hazelnut trees inoculated with truffle spores on a parcel of land in Geyserville.

Read the entire article in the Press Democrat 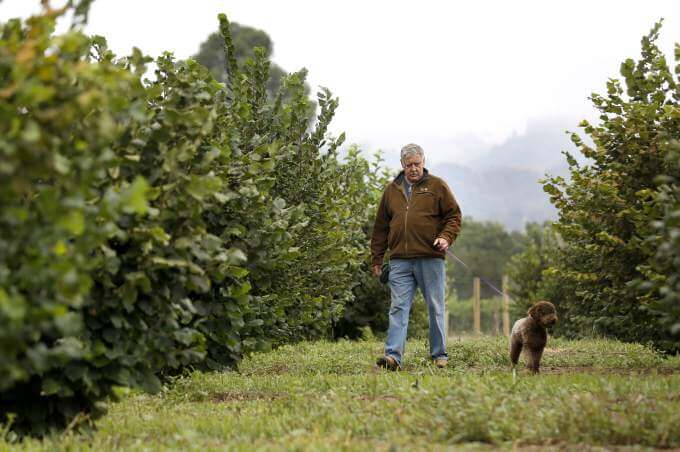 Fran Angerer trains his dog, Tuber, a Lagotto Romagnolo, to smell truffles in the ground attached to the roots of the hazelnut trees at the Angerer Family Farm in Geyserville. (BETH SCHLANKER/ The Press Democrat)