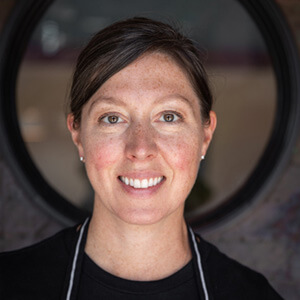 Born in Portugal and raised in a small town in Tennessee, Carrie Ellen discovered a passion for baking early on, often making cookies, brownies and cakes for her family, basketball team and friends. In 2008, she graduated with a degree in Pastry Arts from The Art Institute of Las Vegas and was recruited to the opening team of CUT by Wolfgang Puck, where she quickly rose through the ranks. Her career path then led her to L’Auberge de Sedona, followed by The Greenbrier in West Virginia, before she was called back to Las Vega at Wolfgang Puck’s Postrio Restaurant. In 2012, Ellen relocated to Portland, Oregon as the Executive Pastry Chef at The Nines Luxury Hotel. Three years later, she joined Chef John Gorham’s restaurant group (Toro Bravo, Tasty n Daughters, Tasty n Alder, Mediterranean Exploration Company, among others) to become the group’s Executive Pastry Chef.